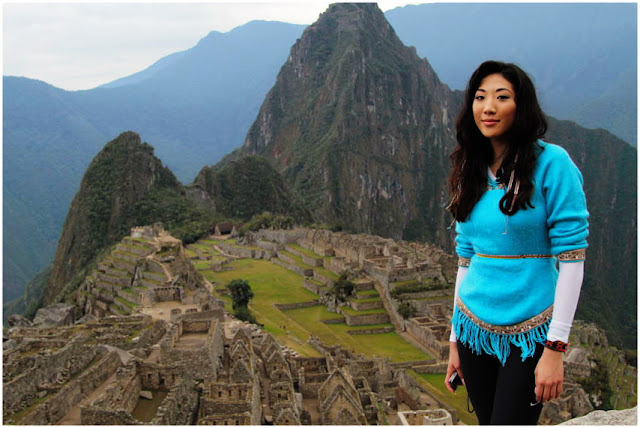 While modern structures can be more than impressive in their own right with respect to architecture, technological advancement, and beauty, there’s something to be said about structures from the past.

Ruins around the world have withstood the test of time and remain standing for travelers to marvel at. (Well, they haven’t completely withstood the test of time, or else they wouldn’t be called ruins.) Many of the methods used to create these ancient cities, temples, and monuments remain rather mysterious, as building them in this day and age would still be considered an impressive feat.
Check out these 30 awesome ancient ruins around the globe and see for yourself.

The pre-Columbian Mayan city of Chichén Itzá is visited by over 1.2 million people annually (making it one of Mexico’s most-visited archaeological sites).
Photo: Ted Van Pelt

Surrounded by hundreds of nearby burial mounds, Stonehenge is a prehistoric monument in Wiltshire, England. Archeologists postulate that the site was built between 3000 and 2000 BC.
Photo: Kate Williams

Seen in the film Tomb Raider, Ta Prohm was originally named Rajavihara. While most Angkorian temples have been largely rebuilt, Ta Prohm remains mostly in its original state. It was founded as a Mahayana Buddhist monastery and university.
Photo: Paolo Macorig

Over 1,400 caves filled with over 100,000 statues make up Longmen Grottoes, also known as the Longmen Caves. Some of the statues are only one inch tall, while the largest Buddha statue measures 57 feet tall.
Photo: Jiang Jiang

Founded in 1400 BC, the Luxor Temple is a sandstone temple complex located in current-day Luxor (known as Thebes in ancient times). Five other large temples can be found in the area.
Photo: Scott D. Haddow

Hadrian’s Wall was a fortification in Roman Britain. A large portion of the wall still remains, and was made a UNESCO World Heritage Site in 1987. The majority of the wall was built over six years and marked the de facto border of the Roman Empire in the British Isles.
Photo: Jimmy McIntyre

Found in Rome, the Colosseum is also known as the Flavian Amphitheatre. The largest amphitheater in the world, it was built of concrete and stone from 70 to 80 AD.
Photo: I-Ta Tsai

Home to some of Lebanon’s best-preserved Roman ruins, Baalbek can be found in the Beqaa Valley. The city was known as Heliopolis during the Roman period.
Photo: Debraj Ghosh

A partially excavated Roman city founded in the 3rd century BC, Volubilis was originally a Phoenician settlement. The city was abandoned around the 11th century AD when Morocco’s seat of power was relocated to Fes.
Photo: Mark A Neal

Bagan was the capital of the Kingdom of Pagan from the 9th century to the 13th century. In present time, over 2,200 temples and pagodas can be found. At its peak, the city contained over 10,000 Buddhist temples.
Photo: opalpeterliu

Mycenae, a Greek military stronghold, was considered one of ancient Greece’s most significant sites. The period of history from 1600 to 1100 BC is referred to as Mycenaean, in reference to the city.
Photo: I-Ta Tsai

Originally constructed around the time of Alexander the Great, the ancient city of Jerash was held by a number of successive empires. In 749 AD, an earthquake destroyed much of the city. Wars and subsequent earthquakes added to the deterioration. The ruins remained buried until discovered in 1806.
Photo: Jeremy Seto

Rano Raraku is the main quarry of moai on Easter Island. The Rapa Nui people carved the human figures, or moai, between 1250 and 1500 AD. The tallest moai weighs 82 tons – the simple act of moving it is considered a more-than-impressive feat.
Photo: anoldent

Tulum is another pre-Columbian Maya site, known to be one of the last cities built by the Maya. The well-preserved walled city’s most famous buildings are El Castillo, the Temple of the Descending God, and the Temple of the Frescoes.
Photo: Chris Lemanz

Scholars consider Tiwanaku (also known as Tihuanaco) to be one of the most important pre-Incan civilizations in this region. The empire of which Tiwanaku was the capital flourished from 300 to 1000 AD.
Photo: Cata Bravo

The origins of this Mesoamerican city are cloudy, but it’s postulated that it reached a population of over 150,000 at its peak. It not only houses the Pyramid of the Moon and Pyramid of the Sun, but residential compounds and the Avenue of the Dead as well.
Photo: José Luis Ruiz

134 miles northeast of Damascus, Palmyra was an ancient Aramaic city located at an oasis. The city’s most notable building is the temple of Ba’al.
Photo: James Gordon

Cappadocia was the home of the Hittite Empire. Many of Cappadocia’s temples and homes were cut directly into the rock structures known as fairy chimneys visible in the photo above. The earliest mention of the region’s name dates back to the late 6th century BC.
Photo: Nick Wadge

The Amphitheatre of El Jem is one of the remains of the Roman city of Thysdrus, known today as El Djem. The amphitheatre was capable of seating 35,000 people. Several scenes from Life of Brian and Gladiator were filmed here.
Photo: Walid Mahfoudh

A Buddhist temple located in Ayutthaya Historical Park, Wat Ratchaburana was founded in 1424 by King Borommarachathirat II on the cremation site of his two elder brothers, who died in a duel for the succession of the throne.
Photo: Heiko S

Jordan’s most-visited tourist attraction, Petra is famous for its rock-cut architecture. The city is also known as the Rose City due to the color of the rock from which it has been hewn.
Photo: Jimmy Álvarez

Constructed from 60 to 70 AD, the Roman Baths complex in Bath is very well preserved. Combined with the Grand Pump Room, the site receives over 1 million visitors annually. (Sorry: No bathing!)
Photo: Ignacio García

Pompeii, an ancient Roman city near current-day Naples, was destroyed and buried in ash and pumice after the eruption of Mount Vesuvius in 79 AD. Approximately 2.5 million people visit Pompeii yearly.
Photo: Francesco Minciotti

Ellora, an Indian archeological site, is best known for its caves. There are 34 of them, and they were cut out of the rock faces of the Charanandri Hills.
Photo: Kunal Mukherjee

These very well-preserved cliff dwellings can be found in Arizona’s Montezuma Castle National Monument. They were built by the pre-Columbian Sinagua people.
Photo: Steven Reynolds

An ancient Greek city on Ionia’s coast, Ephesus was best known for its Temple of Artemis. The temple, one of the Seven Wonders of the Ancient World, was largely destroyed in 268 AD by the Goths.
Photo: Kunal Mukherjee

Similar to the caves at Ellora, the Ajanta Caves consist of about 30 rock-cut Buddhist monuments. The area was covered in dense foliage until it was rediscovered by chance in 1819.
Photo: Kunal Mukherjee

Not far from Tulum’s ruins, Cobá was a pre-Columbian Mayan city. At its peak, it is said to have housed over 50,000 people. The site’s tallest pyramid is 138 feet in height.
Photo: Alejandro C