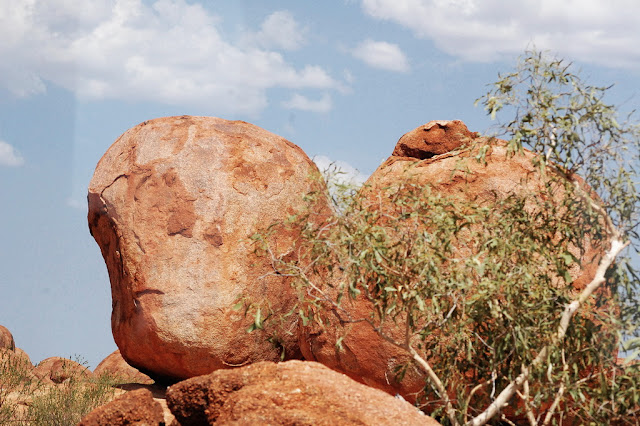 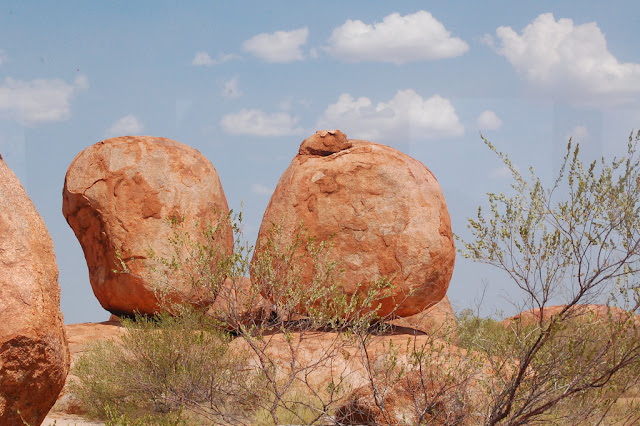 The site is known as Karlu Karlu to the land's Aboriginal traditional owners. The ‘Devils Marbles’ or ‘Karlu Karlu’ with its gigantic, rounded granite boulders, some spectacularly poised, is a remarkable landscape. Scattered clusters of these ‘marbles’, including many balancing rocks, are spread across a wide, shallow valley. The Devils Marbles is a nationally and internationally recognised symbol of Australia’s outback. 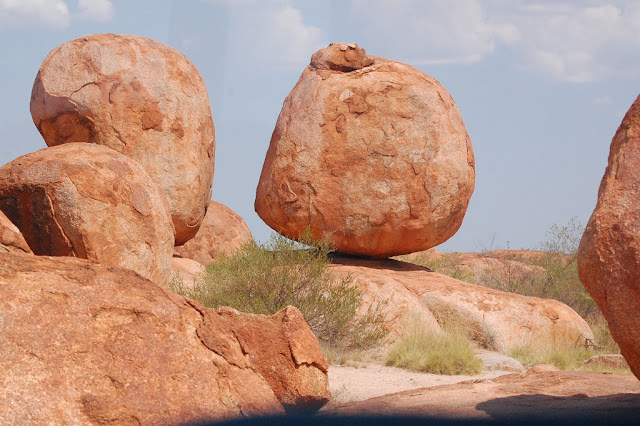 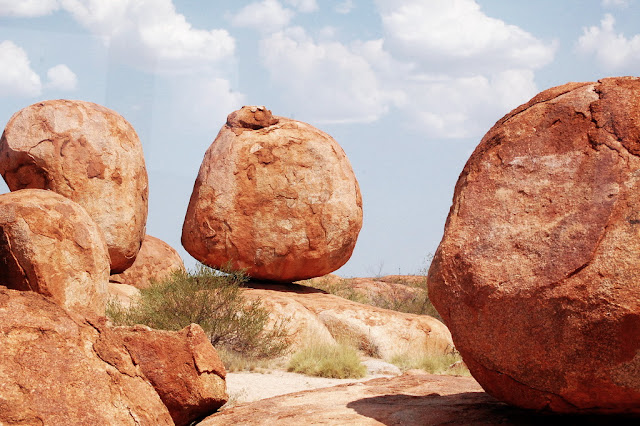 Accounts of Aborigines believing the site to be eggs of the mythical Rainbow Serpent are incorrect. In reality many diverse traditional 'Dreaming' stories (none of which are about serpents) intersect at and around Karlu Karlu, hence its great importance as a sacred site. These stories are alive and well and are passed on from generation to generation of Traditional Owners.
Only a handful are considered suitable to tell to uninitiated visitors. 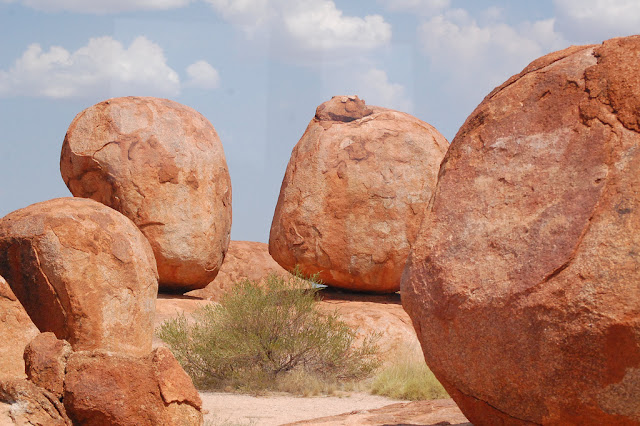 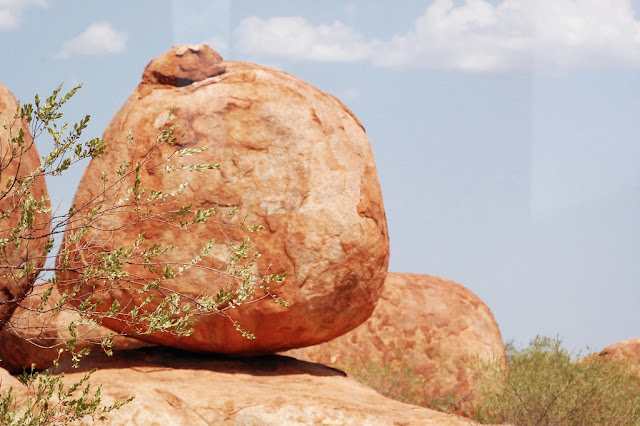 On Tuesday 28 October 2008 ownership of Karlu Karlu/Devils Marbles was officially passed from the Parks and Wildlife Service of the Northern Territory back to the Traditional Owners at a ceremony held on the Reserve.
The Reserve is now leased back to the Parks Service under a 99 year lease and the site is now managed by Rangers and Traditional Owners in joint partnership. Visitor access has not been affected. 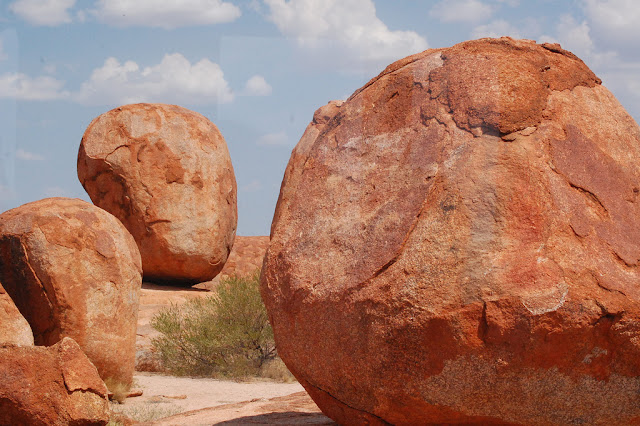 The Devils Marbles are made of granite,
which surfaces like a little geological island in the desert, surrounded by large amounts of sandstone. The granite was formed millions of years ago as a result of the hardening of magma within the Earth's crust. Thick layers of sandstone on top of it put a lot of pressure on this granite. After the folding of the Earth's crust, which lead to the lifting of the granite and the erosion of the sandstone, the granite came to the surface.
The pressure was gone, letting the granite expand; cracks formed, and it fell apart in big, square blocks. 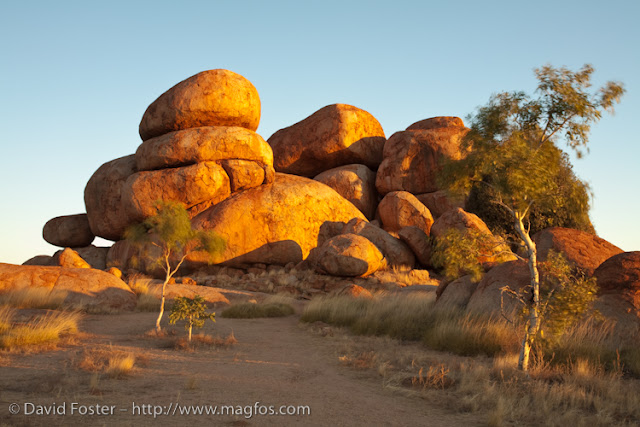 The second phase of the formation of the Marbles started when the blocks were exposed to water. The surface of the blocks began to decay under the influence of the water, and a layer of loose material surrounded the individual blocks.
When they came to the surface completely, this layer was flushed away by water and blown away by wind. 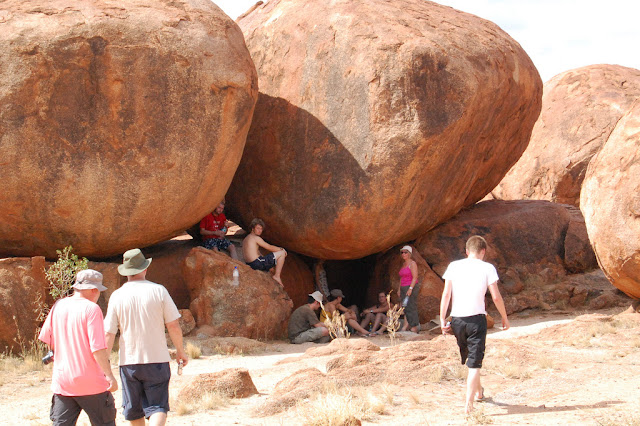 The rounding of the granite blocks is a result of both chemical and mechanical weathering. Firstly, exfoliation plays a part. Chemical processes cause the surface of the blocks to expand and/or shrink. Thin layers of rock come off the boulder.
This rounds the granite block, because the chemical processes have more effect on areas with edges. These processes cause the rock to look like it is made of layers like an onion. In effect, only the outer few centimetres are affected by chemical weathering. 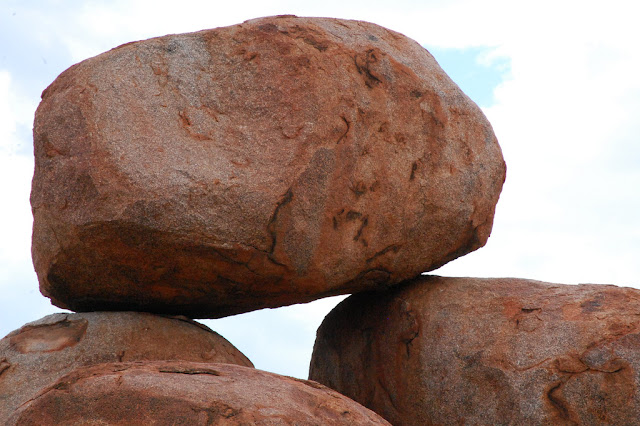 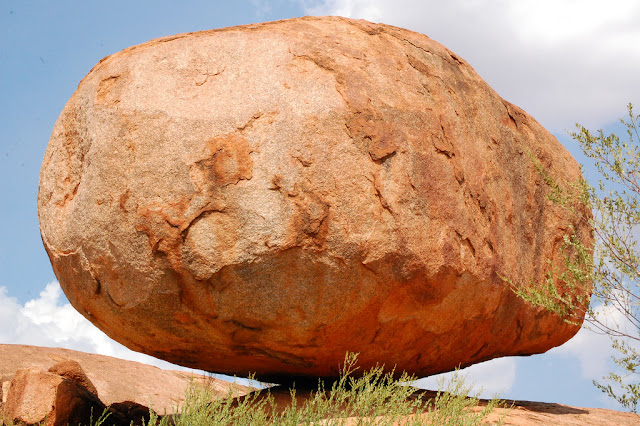 This process is called spheroidal weathering. Secondly, the boulders are suffering from solarisation. Because the temperature differences between day and night are so great, the rocks expand and shrink a little bit every 24 hours.
This causes some rocks to crack, sometimes even splitting them in half. 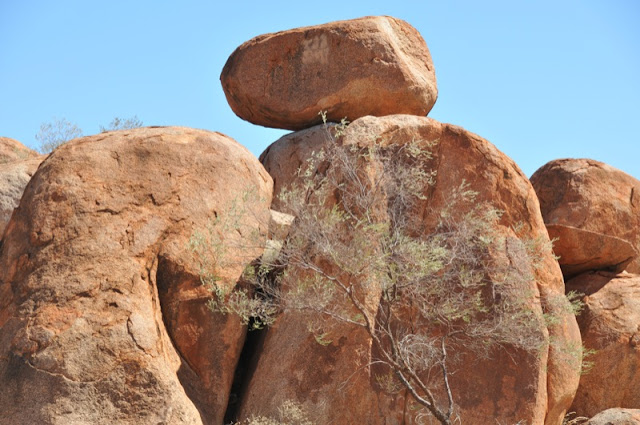 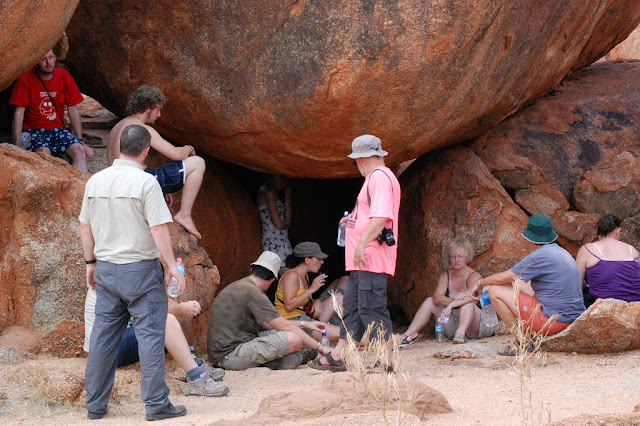 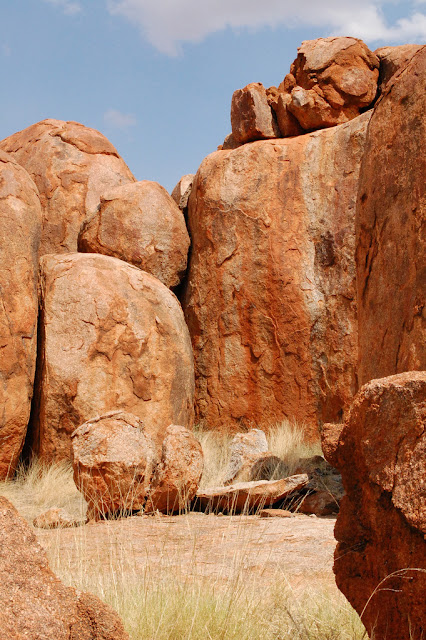 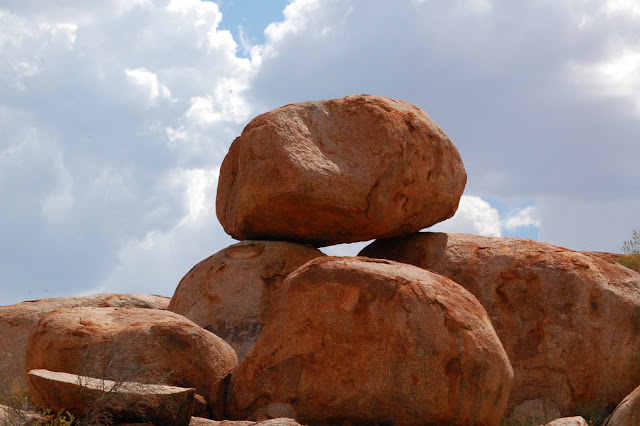 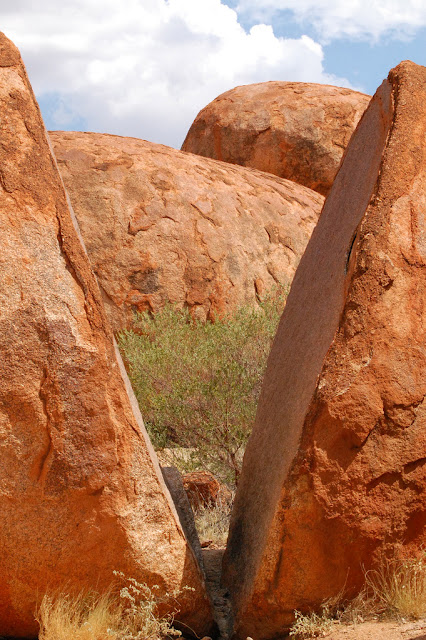 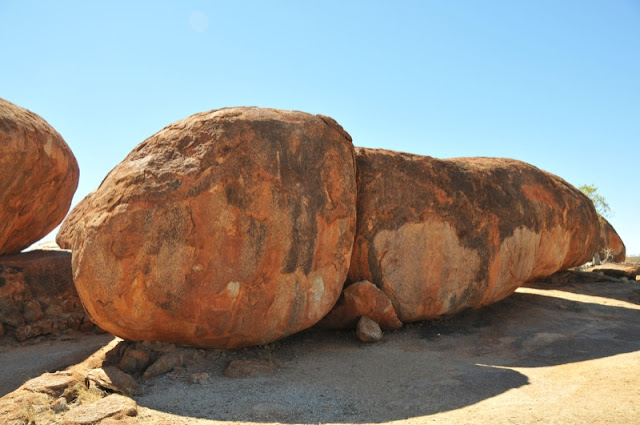 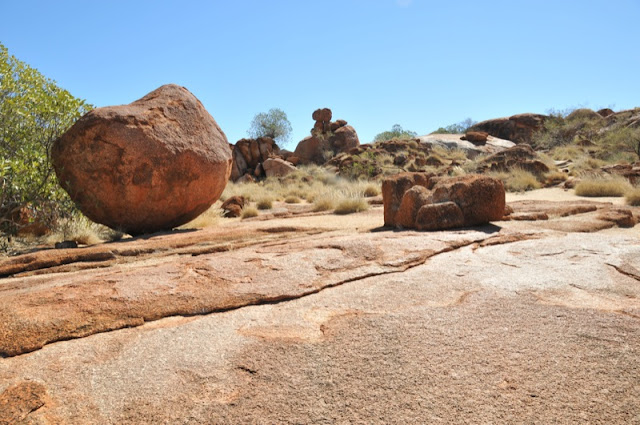 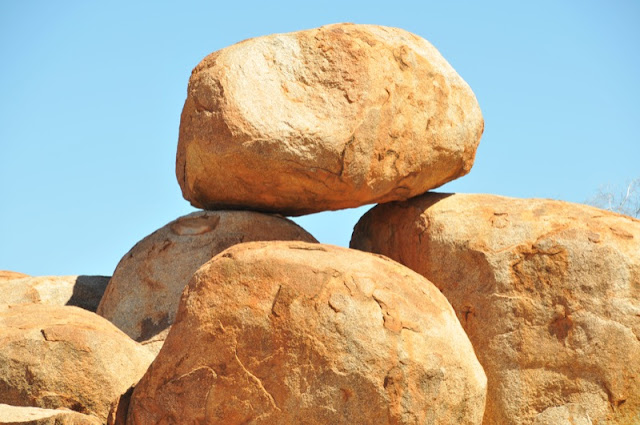